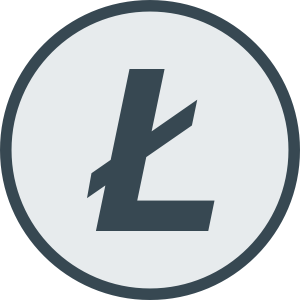 Litecoin (LTC) is a cryptocurrency and an open-source project released in 2017, inspired by and very close technically to Bitcoin. The key idea of the project was to make a faster and cheaper to use alternative to Bitcoin

Although there are some similarities between BTC and LTC, you can’t define Litecoin without pointing out some key differences, such as instant and near-zero cost transactions, increased speed of adding a new block into the Blockchain (2.5 minutes against 10 in the Bitcoin network) and a scrypt usage in its Proof-of-Work process to make it easier for regular PC users to mine new blocks against ASIC miners. It is also one of the first cryptocurrencies that adopted SegWit.

Litecoin is hugely popular to this day, ranked sixth place on CoinMarketCap with a more than eight billion dollars market cap.