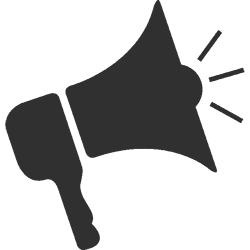 Media is an essential part of the cryptocurrency industry and its impact on cryptocurrency is hard to overestimate. Bitcoin, in its early stages, was only discussed and promoted on social media platforms. Bitcoin on social media helped to establish initial users and enthusiasts, increasing its coverage in simple conversations and expanding the audience. But the real drivers of Bitcoin’s popularity has been the mainstream media, which detected the growing price of Bitcoin and the development of the cryptocurrency market, thus drawing the attention of the masses to this newly appeared phenomenon. Today, there is a lot of cryptocurrency media that professionally covers all the important events, news and technologies inside the world of blockchain, attracting new audiences and helping various cryptocurrency users stay in touch with the progress of the cryptocurrency industry.
에디터's Choice
광고
비트코인 BTC/KRW
12,790,837.54 +0.32%
이더리움 ETH/KRW
448,566.85 -0.92%
라이트코인 LTC/KRW
56,600.84 -0.25%
리플 XRP/KRW
292.30 -0.54%
이오스 EOS/KRW
3,138.94 -1.60%