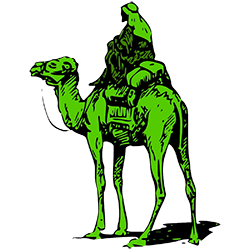 The Silk Road was a darknet market best known as a platform for selling illegal goods. It operated as a Tor hidden service to exclude traffic monitoring, which was convenient for criminals to deliver their services through the network. Silk Road was launched in February 2011 and already had 10,000 products for sale 70% of which were drugs by March 2013.

Although there were a lot of illegal products on the site, there were also restrictions: child pornography, stolen credit cards, assassinations, and weapons of any type were banned for sale and exchange. The site provided some legal goods as well, such as apparel, art, books, cigarettes, erotica, jewelry, and writing services.

The Silk Road was shut down in October 2013 by the FBI, whose agents also arrested Ross William Ulbricht, the founder of the system. There were two attempts to recreate the Silk Road, but both of them have been unsuccessful. The latest news on the Silk Road promises no further attempts.